Home HEALTH Plan to recruit Nepalese nurses for the NHS puts them 'at risk...
HEALTH 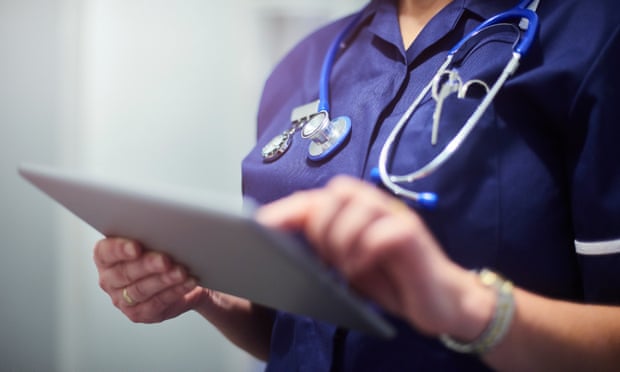 Plans to recruit nurses from Nepal to help fill shortages in the NHS will expose workers to “unacceptable risk” of exploitation and should be halted until safeguards are put in place, labor experts have warned.

The UK has been accused of going ahead with a recruitment spree despite concerns about abusive practices by Nepalese recruitment agencies, which are known for charging illegal fees that leave workers saddled with debt.

The government-to-government deal, signed last month despite Nepal’s status on the World Health Organization’s recruitment “red list,” will start with an initial pilot involving some 100 recruits, but could see thousands of nurses and other health workers moving to the UK from Nepal in the next few years.

The Department of Health has hailed the scheme as an “ethical” initiative that will enable “managed” recruitment to fill shortages in the UK. A memorandum of understanding says that workers should not be charged and that recruitment will be overseen by an “implementation unit” run by the Nepalese government. But critics accuse the ministers of turning a blind eye to abusive recruitment practices in Nepal. They say safeguards are needed to protect workers from exploitation.

In May, a study by the Nepal-based Social Science Baha research institute found that about 40% of Nepalis who are interested in working abroad seek the help of illegal agents. In the same month, the Bureau of Investigative Journalism revealed that Nepalese fruit pickers were routinely charged up to £5,000 in illegal fees for working on UK farms as part of the government’s temporary worker scheme. Many take out informal loans that they struggled to repay.

evidence gathered by the Observer suggests that agencies operating in Kathmandu have started offering job search services to candidates seeking NHS posts, despite a promise that no workers will be charged.

Facebook ads targeting Nepalese workers, which went live on the platform last week, offered consultancy services, including application support and access to a “sponsor database” for candidates seeking work in the UK. . A second advert offered “online training” for nurses and claimed to offer “the best route to the UK”.

Other announcements suggest recruitment agencies have been targeting nurses in Nepal for months, despite their red list status, which requires active recruitment not to take place due to the potential effect on the country’s fragile health system. . Nepal has 21 nurses for every 10,000 inhabitants. compared to 84 per 10,000 in the UK.

Andy Hall, a Nepal-based independent migrant rights specialist, said “systemic corruption” meant that “in Nepal there are actually illegal agents involved in every step of migration.” Many of those collection fees have ties to UK-based companies, he said. Hall and other critics, including the UK’s Nepal Friendship Society, call for third-party oversight and the involvement of human rights experts to ensure that recruitment does not result in the exploitation of workers. “For the Department of Health to simply say, ‘Everything is fine,’ is not acceptable,” he said.

In a rare intervention this weekend, the World Health Organization expressed support for the practical safeguards, saying they were an “excellent suggestion”.

Jim Campbell, director of health workforce at the WHO, said: “We would very much encourage the UK and Nepal to take some of this feedback into account and take all mitigating measures to ensure there are protections for workers’ rights, protections tariffs and protection against poor working conditions.

He said having third-party oversight or input from human rights organizations “would help the government understand the lived experiences of workers to ensure good practices are followed.” “It would be a safeguard for the workers in this case,” she said. “You have to make sure that the behavior is not allowed to start and if it is, it is immediately identified and removed from the bilateral agreement.”

Siobhán Mullally, the UN special rapporteur on human trafficking, said charging recruitment fees could place “a significant burden on workers, leading to conditions akin to debt bondage”. “This is a concern in many sectors and needs to be looked at in the health sector,” she said. “The problem is that many times we have words on paper but the guarantees are not implemented in practice.”

The Department of Health said it would be inappropriate for bilateral discussions to be overseen by a third party and that it would involve the appropriate stakeholders during implementation of the pilot. No UK recruitment agency would be involved in the initial phase, he said, adding that the process at the Nepalese end was “a problem for the Nepalese government”.

The deal is part of an international recruitment drive to tackle a shortage of 50,000 nurses and midwives in the UK. It is the first recruitment agreement signed with a country on the WHO red list.

Pat Cullen, chief executive of the Royal College of Nursing, said it was an example of the UK’s “overreliance” on foreign workers and called on the government to “do more to invest in the domestic workforce”, including “paying the nursing staff fairly. to drive recruitment and retention.

He added that the “government’s determination” to hire people from Nepal despite their red list status was “highly concerning”. “Recruitment must be managed sustainably and steps must be taken to benefit both countries. The fact that we are taking nurses from countries with poor health infrastructure and chronic shortages is inexcusable.”

How to watch BBC iPlayer in the US

Offer price and availability are subject to change after time of publication. SAVE 84%: CyberGhost VPN is a beginner-friendly service that reliably unblocks major streaming...
Read more

The conflicting emotions of ‘The Woman King’

Thirty million people have been affected and hundreds have died in Pakistan, after heavy rains caused historic flooding.More than 900 people have died since...
Read more